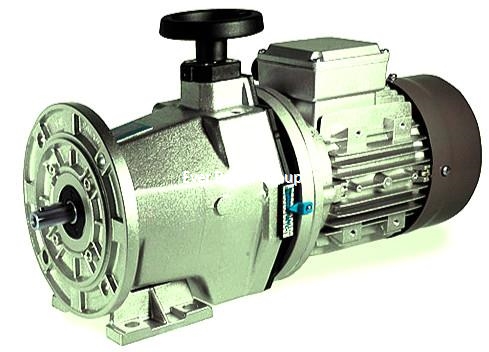 Friction gear motors are a mechanical infinitely variable drive with a frictional force transmission for horizontal and vertical arrangement, available in nine sizes.

The power is transmitted through one or two consecutively arranged pairs of friction wheels. The pressing force needed for power transmission is generated by a cam curve depending on the applied load. The pressure required when starting is provided by a compression spring. Actuating the adjusting device causes the effective diameter of the driving and driven cone to change. This results in a change in output speed.