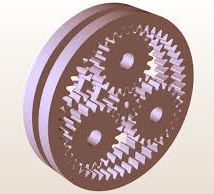 On the surface, it may seem that gears are being “reduced” in quantity or size, which is partially true. When a rotary machine such as an engine or electric motor needs the output speed reduced and/or torque increased, gears are commonly used to accomplish the desired result. Gear “reduction”...

Gear reduction has the opposite effect on torque. The rotary machine’s output torque is increased by multiplying the torque by the gear ratio, less some efficiency losses.

How is gear reduction achieved? Many reducer types are capable of attaining gear reduction including, but not limited to, parallel shaft, planetary and right-angle worm gearboxes. In parallel shaft gearboxes (or reducers), a pinion gear with a certain number of teeth meshes and drives a larger gear with a greater number of teeth. The “reduction” or gear ratio is calculated by dividing the number of teeth on the large gear by the number of teeth on the small gear. For example, if an electric motor drives a 13-tooth pinion gear that meshes with a 65-tooth gear, a reduction of 5:1 is achieved (65 / 13 = 5). If the electric motor speed is 3,450 rpm, the gearbox reduces this speed by five times to 690 rpm. If the motor torque is 10 lb-in, the gearbox increases this torque by a factor of five to 50 lb-in (before subtracting out gearbox efficiency losses). 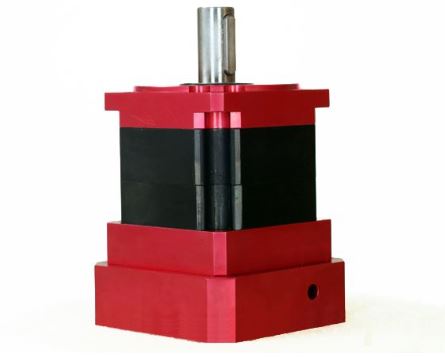